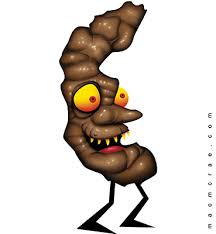 I was having a discussion with one of my band members and we began joking about a time that there was a turd found on our hotel room floor. We came back into the room and someone pointed out that there was a small round turd just lying there on the carpet. I would think that if it was there when we checked in, that someone would have noticed it and pointed it out. We were out west playing a show in California so we stayed in those rooms for a few days. It wasn’t like we were there for just one night and then leaving. That would have made it possible that the people who were in the room before us left that there for someone to find. Instead, we were the ones who were there so someone in our crew had to have done it.

I believe our tour manager was the only one in the room at the time. He stayed back to shower and get ready and it seems like everyone ended up accusing him of it. One of the guys joked about how he probably came out of the shower and sneezed and didn’t notice that a piece of shit came flying out of his ass onto the carpet. Personally, I don’t know how the hell it got there but I still wonder till this day what actually happened. Of course, he denies it. But it has definitely become the mystery of the hotel floor poo ball. Maybe one day someone will fess up to it.

This discussion also brought up another pretty fucked up memory that tops out this incident. There was a night where one of our band members got so drunk that he began peeing inside of our singers open suitcase which had been lying on the hotel room floor. There were more people in that room than capacity, so our road manager was sleeping on the floor and the band member who was drunk was about to pee on his face! He quickly woke up and noticed someone standing over him, cock in hand, and pushed him aside and yelled at him to go to the bathroom. However, he turned around and just started peeing which happened to land all over the inside and around our singer’s suitcase. All of his tour clothing was soaked! It even got all over the carpet.

The next morning, I came into the room when I woke up to see if everyone was ready to leave for the next city. I opened the door and everyone started screaming, “DONT STEP THERE!” I looked down and I noticed there was a blanket on the floor. I had the option of walking on the carpet or over the blanket to make it inside the room. I had no idea what they were yelling about, but I was in my socks so I decided to take what I thought was the safer route onto the blanket. My thought process that instant was that someone may have spilled a drink the night before, so I didn’t want to get my socks wet, and figured they had covered it with the blanket so they had a spot to walk in without getting their bare feet in it themselves. Boy was I wrong! I stepped down on the blanket and my feet sunk into what felt like a large wet kitchen sponge full of warm liquid. My socks begun to soak up the liquid and went from white to a light tint of yellow.

I was grossed out and immediately started asking, “WHAT THE HELL WAS THAT!?” When they responded with, “PISS!” I ran back into my room to wash my socks feet off in the tub.

Needless to say, we couldn’t directly leave with our singers clothing drenched in urine, so we had to find the laundry room at the hotel and wash all his clothing before we could leave for the next city…

For the longest time I thought that maybe it was done out of spite. I know that touring wasn’t always the most fun thing in the world and during that moment and time, a few of us had some things going on that kept us pretty frustrated on the road. After so much time being away from home and cooped up together in a small living space, people tend to get spiteful. I thought for sure that he probably pissed in the suitcase out of spite and blamed it on being black out drunk. I’ve had my fair share of drunk moments where I wasn’t able to walk or talk, but somehow I’ve always made it into the bathroom or out of hairy situations. I guess I’ve never been black out drunk, like some people claim to be, so I’ll never understand why stuff like that happens. I hope it wasn’t a spiteful act though, that would just have been childish and silly but looking back at these moments, they’re pretty fucking hilarious.

The mystery poo though… I have no explanation for that… I’m still waiting for the truth to come out! 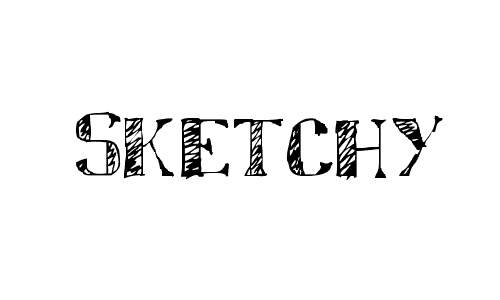