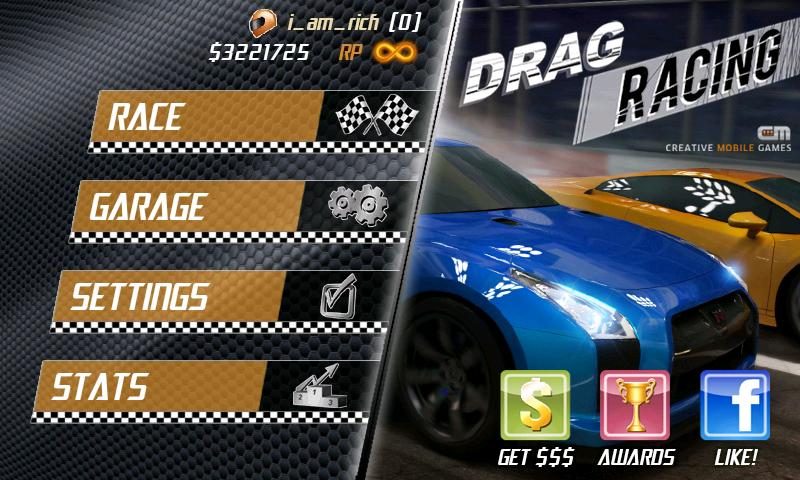 Are you looking for information on Tuning Tutorial for Android Drag Racing Game? Well, You’ve come to the right place!

This is just a basic How to article on How to Tune your Cars for the Android device based game called Drag Racing. I also have given some tips on how to play Dentist Games. My article is more of an opinion and what’s worked for me on a regular basis. It may not be the best way, but I’ve gotten ahead using this method and win about 80% of the races I enter.

Here’s the way I usually approach tuning my cars:

1. Nitrous.
Starting with Nitrous with rust cheat, 100%-110% has always worked the best for me. Usually when I try to give it more or less, I notice my race time drops immensely. Too much will make your tires skid out, too little won’t be enough of a push.

2. Final Drive.
This will depend on your car and what kind of start you want. You can bring this setting down in order to red-line without peeling out during take-off. I usually leave this setting around 3.2-3.7 to begin with and then tweak it after I’m done setting up the rest of the gears. I did notice with the more expensive, faster cars, Final drive usually works best when set below gear one. However, with some of the slower, lower level cars, they perform best when Final Drive is set higher than Gear 1.

3. 1st Gear and 2nd Gear.
I know that peeling out can lose some time for you. The more power your car has without the proper amount of grip will leave your car at a stand-still while your opponent takes off on you. Make sure to upgrade the tires and drop some of the weight on the car first, so your car is capable of gripping better during take-off. The lower you set these gears, the better grip your car will have during take-off. However, I’ve noticed that having a bit of slip during take-off is not necessarily a bad thing. When your car isn’t peeling out, it can also mean that you’re not really putting enough power to the wheels during take-off and your opponent car will quickly launch passed you. I usually set 1st Gear in an area where you can immediately switch to second gear with just the right amount of peel-out that leaves you taking off faster than the opponent car on the test screen. I go back and forth from the tuning screen to the test race screen to see which setting works the best for take-off depending on which car I’ve chosen.

Another thing to take note of is that second gear should be a lower number than first gear, but not too much. The idea is to be able to launch from first to second gear immediately and if you leave the second gear a lot lower than the first, your car will lag during the launch. For example, One of my car’s has 1st Gear set to around 3.4 while 2nd gear is set to around 2.8. Once I notice the car is launching faster than the opponent test race car, I know it’s time to move on to Gear #3.

4. 3rd Gear.
The 3rd gear is the one I usually find the most important to get right. This one will affect two things; The first thing being whether or not you can hit Nitrous with enough grip to launch you forward without peeling out too much causing you to be left behind. The second thing you need to watch for is whether or not your android drag racing car is powerful enough to launch you to 4th Gear in an extremely short amount of time.

The 3rd gear is usually the first gear I set that has a large gap between its previous gear. So here’s another example; If my second gear is set to 2.8, I’d set my third gear to 1.7. It’s almost a whole number step down. This setting usually works for some of the faster cars such as the Novitec Rosso 599 GTB. As long as you have a lot of grip and most of the car’s weight reduced, this car is capable of performing with a high power at the higher gears if set correctly. If it lags a bit when you reach 3rd gear, this is a perfect timing to hit the nitrous to give it just enough power needed for you to zoom passed your opponent. I’ve noticed quite a few of my races where my opponent had a great launch and may have been way ahead of me from launching with nitrous, but as soon as I hit my 3rd gear and hit that nitrous, my car fly’s passed them no matter how far ahead they are.

5. 4th Gear.
Again, depending on what car you have will depend on which setting this gear will have. This gear is another one that you’ll just have to test out repeatedly until you get it right for the car you’re driving. This gear should be set a bit lower than the third gear so that it gives you enough room to accept the power of nitrous if used. I normally drop this setting around .3-.5 under whatever gear #3 is set to.

6. 5th, 6th, and 7th Gears.
I’ve noticed that these upper gears will make the difference in the top speed your car reached during the race combined with the Final Drive Setting. I’ve had car’s that run in the lower 9 Seconds in the ¼ Mile race, but then I change the 5th and 6th gear slightly and I lose a whole .2-.4 seconds off my time. In order to get these settings right, I usually set them just a tad bit lower than the gears before it but make sure when I test race the car, that my final top speed hasn’t dropped. After running a few test races, I’ll notice which setting takes my car to gradually launch passed the opponent car just before the finish line. Once I notice my test races are running real smooth and I’m winning most of them, I tweak the settings very minor. I’ll first save my best test race settings under the presets screen for whichever race I’m tuning for (1/4 Mile or ½ Mile). Once It’s saved, then I can slowly tweak my higher gears one at a time along with the Final Drive and see which changes pushes my car to a higher top speed. You’ll notice some gradual changes will make a very big difference on your race times. Thank god for the Saving Preset feature. There’s been a few times where I’ve forgotten to save my settings and then I have a hard time setting it back up for the car’s top speed. So make sure to always save if you win the test race by a gracious amount of time.

Thanks for taking the time to read this little article and I hope I’ve helped some of you come up with a new way to better tune your cars. I’ve notice some of my friends just constantly change the settings blindly until they get something they feel is good enough, and will win 50% of the time. Taking that extra moment to check your settings and tweak them little by little goes a long way in winning the races more often. (Further guide: How to generate epic d2 items on autopilot)

I’ve really hated the fact that a lot of people in the Android Drag Racing community have kept their settings and tuning techniques as a guarded secret like the world will end if anyone finds out. I understand that this is a competition game but it still makes a big difference in how someone actually races the car. I’ve seen two people with the same exact settings race, and one of them still win each time. It all has to do with how you shift gears, when you shift them, and how quickly you use up your nitrous. I’m not afraid to give out my settings and I invite those of you who agree with me, to share your settings in the comments below. I believe that helping each other out will also force us to challenge ourselves a little more as well so that even if someone is using a similar setting as us, we come up with a better strategy to shave even more time off our final race times.

Last, but definitely not least, the type of car you use makes a big difference in how well you’ll perform in your races. I’ve seen a lot of the American muscle cars get left behind on a numerous amount of races. I’m sure you’ve noticed as well that most of the foreign cars are the ones with the lowest race times in the game.

Here are some that’s consistently worked for me:

Honda NSX
Upgrades: Fully Maxed out in upgrades
This car I haven’t tuned yet, and I still win most of the races with it.

If you guys have settings that have worked better for you, please feel free to share them on here. If you’re one of those people that keeps your settings secretly guarded, then that’s fine too. I hope my tutorial and opinions have helped you in some way as well. Have fun and good luck!

Rattlesnake Encounter on Hike with Luna the Wolfdog 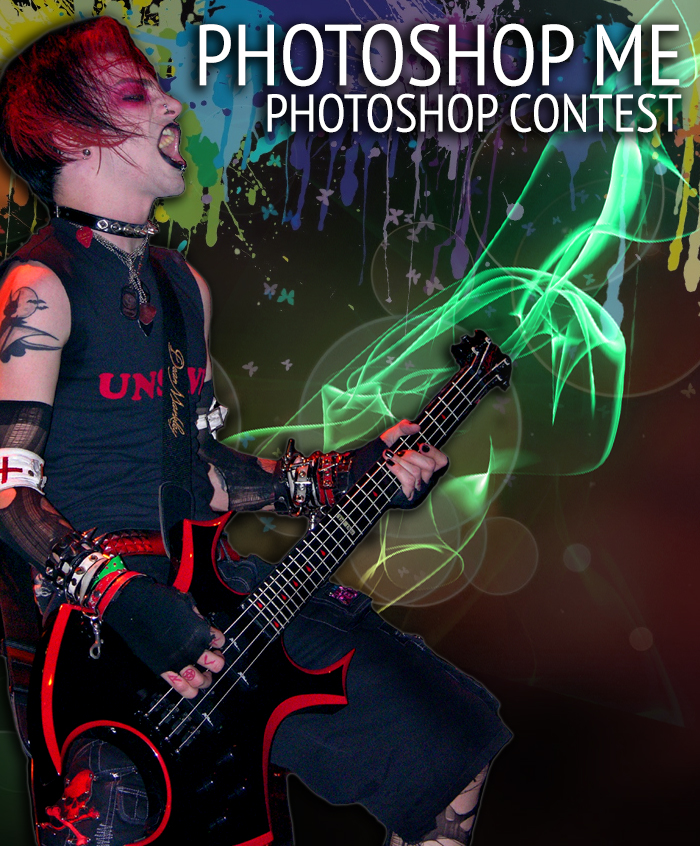